Let’s face it, at one point we’ve all hated our school uniforms. They were either the most horrible colors on the planet, like vomit green or had such terrible fit that it made you look like a shapeless glob. I mean, who the heck comes up with these ridiculous uniforms? Also, some of us have been unlucky enough to have gone to colleges with uniforms and nothing is as embarrassing as being a full grown individual wearing tacky as frack mandatory uniforms to an educational institutions.

If you too have been a victim of such fashion faux pas, be assured that you haven’t seen the worst. When it comes to outrageously horrible uniforms, the following uniforms take the cake. These uniforms are so cornea searingly cringe worthy, that they make us say out loud, “What the heck were they thinking?”

Someone in Pennsylvania thought it would be a good idea to bring back the 1934 bumble bee uniform for the Steelers. The only thing that got stung, were my eyes.

If you fly on Air New Zealand, pay close attention to this uniform. Otherwise you might not recognize the employees from tourists coming back from vacation. Maybe this was their idea of “casual Friday”?

Apparently, the motto of the Fiji traffic police is work up top and Stonehenge party at the bottom. Seriously, how is someone supposed to concentrate on driving when there are men dressed like this on the road?

Alright, so the Colombian cycling team is amazing. On the other hand, their costume? Not so much. It really makes you wonder, what were they thinking?

This North Korean uniform will make anyone shine blindingly…quite literally. The brown color? Not so bad. The million weird medals? So so bad!

When it comes to outrageous British uniforms, the Queen’s Guard is rather tame. Wouldn’t you agree? Does anyone really like those bearskin caps? Not those Canadian black bears, I can assure you.

The Greeks may now how to party, but when it comes to fashion, the Evzones need to learn a thing or two.

Uganda’s Idi Amen’s uniform will be the centre of attention at any event…and not in a good way.

Alright, so the Scottish love their kilts. But how practical is this kilt infused uniform for the Scottish army?

Take a look at the late Muammar Gaddafi’s uniform to appreciate your school uniform a little bit more.

Hot Dog on a Stick Uniform

This is the official Hot Dog on a Stick uniform. With costumes like these, the only good thing about their job is maybe a nice customer.

What is even going on with this Iranian Sniper Squad costume? Maybe they are practical in the field, but on public display? Not so much.

Let’s be honest, the Hooter’s uniform is more cringe worthy than sexy. I mean, orange shorts and nylons together? Okay, maybe not.

Capes should solely be reserved for Batman. Period!

The South Korean Honor Guards literally look like they belong to the Hufflepuff common room…while on LSD.

India’s Central Industrial Security Force takes tradition to ridiculously heights, no pun intended. Could the costume get any more mustard-y?

The French Foreign Legion sappers. An axe, half an apron and beard patches? Umm…no, thank you.

The Spanish Legion was probably aiming for a bold and fear instilling look but just ended up with the “are you serious?” look.

At some point, the leopard skin poncho was worn by drummers in military bands. For some god forsaken reason, it’s still common today.

Apparently, the Vatican Guards are still stuck with the pantaloons era.

Pretty sure that every Star Wars fan has questioned the idea of the Stormtroopers costume at least once. Do you think they have trouble finding their friends in a crowd?

At some point during his tenure, Richard Nixon wanted the US Secret Service to be dressed like this. Thankfully, it lasted only 2 weeks.

No, just no. This 2014 Sochi uniform is 50 shades of no. Get that bottle of aspirin handy, because I feel a headache coming on.

In 2012, many Olympic games fans were confused. Were they at the olympics or at a new fast-food joint? Spain’s olympic gear looked to fit right in along with McDonalds and Burger King. Maybe it was their plan to make their competitors hungry?

There you have it folks. Some of history’s ugliest and poorly designed costumes, ever! Which one did you find as the worst offender? Or did we miss one that you think should be on the list? Let us know in the comment section below!

Want to see even more weirdness? You’ll love these celebrity plastic surgery disasters !
Have you met someone with the strange purple eye disease ? 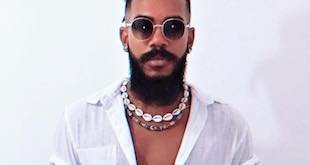 Best Black Men Beard styles Whether you seek long beards, short beards, or curly beards, we’ve got the best beard styles to help you find your next look. Black men with hot beard styles somehow help them to have an attractive personality, causing others to turn their heads to… 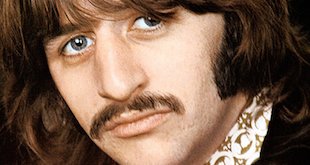 There are a surprising number of different mustache styles that have evolved over the years. Many have come into style because of a particular celebrity or famous personality. The perfect mustache style for you depends on your personality and also on your genetics. Here we’ve collected 32 cool mustache… 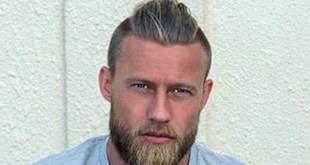 If you have naturally thin or prematurely thinning hair, do not fret! Many men have the same plight as yourself, and have created a multitude of ways to go around the problem. In this article, we’ll be highlighting 55 best hairstyles and haircuts for thin hair that you…

Leave a Reply to i am laughing Cancel reply