With film celebrities moving beyond Bollywood, to becoming humanitarians linked with many charities that help the poor and the needy, this craze can be somewhat justified. In fact, the most popular celebrities in India have helped the poor and are therefore celebrated amongst the commoners, earning their respect and admiration.

Now, let’s see what our Bollywood fans do for their favorite celebrity:

Fashion trends in India are inspired mostly from films and the clothes worn by film actors rather than the fashion industry. From sarees to shirts, there is no piece of clothing that has no connection to Bollywood. Whenever a popular movie breaks sales record, the stores can be found to be overflowing with similar clothes as the protagonists in the movie are seen to be wearing.

Apart from clothing, the effects of Bollywood can be seen in a number of spheres of daily lives. One such instance can be found in hairstyles. The most relevant example for this can be cited in the Tere Naam hairstyle sported by Salman Khan. The wave took over all of India and people could be found in all the gullies, sporting the look. The same craze worked with Ghajini.

3. Do crazy things for a simple glimpse of their favorite star

From standing hours in front of their houses to crowding in front of trailers under the scorching sun, Bollywood fans will do almost anything to catch a glimpse of the star, Amitabh Bachchan. For some, seeing someone they have admired in the screens and seeing them in flesh are two different feelings altogether.

If you have watched Billoo Barber, you must remember a scene where the village folk climb up trees to catch a glimpse of the superstar shooting in their villages, and that is only the beginning of the extents they would go to.

This is a common phenomenon in South India, where there are temples to worship Rajnikanth, Amitabh Bachchan and many others. In fact, there have been cases of pundits coming to actors’ homes to get Prasad blessed by Actors.

We hear this almost every day. One of the major incidents surrounding Bollywood Celebrity stalkers is the case of the model Jhanvi Kapoor, who was unable to handle Abhishek Bachchan’ s marriage to Aishwarya Rai, and slit her wrists in front of the couples’ home in Juhu.

Shruti Haasan had a stalker enter her apartment an put his hands on her throat. She fortunately escaped and the man was arrested shortly after the incident.

Case in point, a fan in the television series, ‘Live my Life’, shocked Deepika Padukone with a proposal for marriage. However, some are not quite so innocent, as in when Sushmita Sen received a set of bridal attire from a fan along with a threat to be killed if she refused the offer.

In all fairness, this trend has been popular for decades with many people all over the globes immortalising their favourite actors by getting their bodies inked with celebrity faces, like Shah Ruhk Khan.

Bollywood fans like Vishal Singh who collected over 22,000 pictures of Shah Rukh Khan to adorn his home and even his car fall in this category. Other examples include Kishore Kumar who cycled over 1700km from Ranchi to the actor’s home to discuss social issues with the actor.

Bollywood stars have also faced situations where fans have modified their appearances, facial hair and hairstyles to such an extent so as to become their doppelgangers.

10. Have places named after their favorite star

Hero worship is seldom limited to temples. All over India and abroad, you can find instances of people naming things after them likeroads (after Raj Kapoor), cafes (after Salman Khan) and food items (after Sonam Kapoor). Fans literally created a ‘star’ out of Madhuri Dixit when they named a star in the Orion galaxy after their favorite celebrity.

Next check out: Snaps of Bollywood Celebs

Have we missed a case of obsessive Bollywood fan antics? Let us know in the comments below.

Cricket is religion to us Indians and the cricketers are gods. Every time they get into the game, each moment becomes a moment of extreme pride for the Indian cricket fans and with every lovely boundary shots, we go crazy. Therefore, it is hard to think of these… 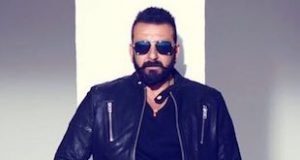 As of 2021 Sanjay Dutt’s net worth is estimated to be $25 million (around 250 crore rupees). Sanjay Dutt is a successful Indian Bollywood actor. He has enjoyed a career in the entertainment industry and amassed both wealth and fame in the process. Sanjay Dutt’s success as an actor…