Pakistani Pop singer, Nazia Hassan has belted out some of the most iconic songs in the world of music with her track, Disco Deewanen and AapJaisa Koi. Nazia looks like Anushka Sharma. We’ve also got info on Anushka Sharma Plastic Surgery.

The original playboy of Hollywood, Errol Flynn is remembered for his roles like Captain Blood and the Sea Hawk. The piercing eyes and the mustache form are the main points of resemblance with Ashok Kumar.

The south-Indian actress, Asin Thottumkal,  looks quite like Kayla Ewell of Impact Point and the TV series, The Bold and the Beautiful.

The iconic film star of the 1940-60 era, Gregory Peck has a number of cult films like The Omen, Roman Holiday and To Kill a Mockingbird to his repertoire. Gregory Peck looks like Dev Anand.

Dominic Cooper starred in films like Captain America and Need for Speed and looks eerily alike to the cricketer Virat Kohli with the trademark mischievous glint in his eyes.

The Bollywood actress Esha Gupta launched her career with films like Raaz 3D and Jannat 2. She bears a more than passing resemblance to actress, Angelina Jolie.

Haifa Wehbe is a Lebanese pop singer and actress, starring in the film Sea of Stars. Haifa could pass for the sister of Rakhi Sawant. Rakhi (Neeru Bheda) is an Indian dancer, model, and Hindi film and television star.

For those of you who do not watch the television sitcom The Big Bang Theory, Howard Wolowitz is a character played by Simon Helberg, and is a Jewish engineer and astronaut. Howard looks like Ranbir Kapoor.

Most commonly remembered from the Hangover series of films, Bradley Cooper is an American actor and producer with a jawline strikingly similar to Hrithik Roshan.

Technically, Indraneil Sengupta is a Bengali Film artist, but can be recognized from his brilliant acting in Kahaani and Jeff Goldblum can be easily recognized from the cult classic series, Jurassic Park.

The mother of all lookalikes! Charlie Sheen is an actor starring in the vastly popular sitcom Two and a Half Men and the recent series, Anger Management. These could be brothers from another mother. Charlie Sheen looks just like Jitendra.

Again from The Big Bang Theory television series, Johny Galecki is known for his role as Dr. Leonard Hofstadter, an experimental physicist at the California Institute of Technology. Johny looks like Saif Ali Khan.

Remembered for her roles in Heroes and Nashville, two popular TV series, the actress, Hayden Panettiere, has the same effervescent smile as Bollywoods’s very own Parineeti Chopra.

Zarine Khan can be remembered mainly for being a lookalike of Katrina Kaif and her role in the movie Veer.

She wears long smooth blonde hair with bangs: Her hair are long and glossy with bangs and have darker hints close to the ends. In this picture, she sports medium length sleek hair that are given blunt layers and fringe on the forehead. Here is a sophisticated updo… 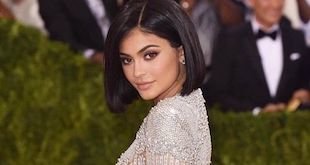 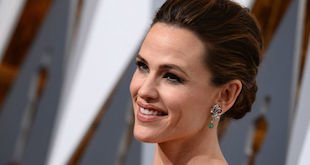 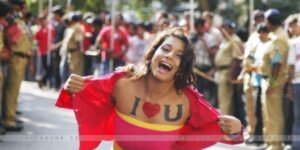